A stone bruise is more technically called metatarsalgia. It is actually inflammation between the joints of the phalanx or metatarsal bones, most commonly in the second, third, and fourth metatarsophalangeal joints. 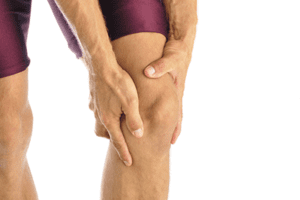 If that is too technical – stone bruise is pain in and around the forefoot that grows over time and eventually becomes enough to make it hard to walk properly. There is tenderness and pain if the joint is pressed and also if the toes are pulled upwards. It can also be caused by a misalignment of the bones.

Stone bruise is a common problem for runners, either because of injury or overuse. It can be influenced by structural problems of the foot. It can also be caused by diabetes, gout and arthritis in older people. It’s called stone bruise, because it feels like you have a stone in your shoe even though you do not. If you have these symptoms, you should go to the doctor  – first of all, the earlier treatment is started, the better, and second of all, the doctor will need to rule out fractures (stress fractures in this area are also not uncommon in runners).

The primary treatment for stone bruise is customized insoles or changes in footwear to better support that part of the foot and prevent a recurrence. In the short term, the doctor may prescribe NSAIDs to reduce inflammation and pain. In runners, padding in the shoe spikes may help with symptoms. You may be advised to avoid wearing slippers or going barefoot even at home, and women should avoid wearing high heels or shoes with pointed toes that tend to compress the toes inwards.

As a last resort, steroid injections may be used, and some doctors use traction or manipulation to help free up the nerves. If you have increasing pain in the front part of your foot, especially if you run or have a chronic condition, call Southwest Foot and Ankle center in Plano, Lewisville or Irving to talk about your problem and what we can do to return you to a pain free life.

Dr. Reza Mobarak shares with the Best Docs Network his treatment strategy for patients who have flat feet. Read more…